Mr. Llinás is an active mass torts trial attorney. He is a Board Certified Specialist in Admiralty and Maritime Law by the Florida Bar Board of Legal Specialization. Mr. Llinas’ practice focuses on complex commercial vessel litigation against the world’s largest cruise operators. Some of his notable representations include: seafarers’ rights and Jones Act cases, cruise ship passenger personal injury and wrongful death, recreational boating and jet-ski accidents, wage claims, limitation of liability actions, seaplane casualties, Rule B attachments, vessel arrests, United States Coast Guard negligence, and shipboard medical malpractice. A distinguished promoter of seafarers’ rights, Mr. Llinás was featured in the investigative series, Dispatches, for the British public service network, Channel 4. Entitled Cruises Undercover: The Truth Below Deck, the documentary went undercover to reveal what life is really like for the crew that lives below deck of some of today’s most luxurious ocean liners. Seen by an international audience, the documentary received worldwide attention as it exposed disparate pay and horrific work conditions.

In addition to his maritime practice, Mr. Llinás works with the firm’s aviation department in the prosecution of complex high-profile aviation cases, including matters against domestic and international airlines, and general aviation crash cases.

Mr. Llinás is fluent in Spanish and assists with bilingual representations and court dealings for the firm and he is licensed to practice law in California, Florida, Washington State and Washington D.C.

Vasquez v. YII Shipping Company, Ltd., (11th Cir. 2012)—winning opinion from the U.S. Court of Appeals for the Eleventh Circuit (reversing the district court’s dismissal and holding that collateral estoppel did not bar a seaman’s claim against a shipping company under the Jones Act and federal maritime law)

Fitzpatrick v. Club Mediterranee, (3d DCA 2015) — winning opinion from the Florida Third District Court of Appeal in the matter (holding that employee was not required to arbitrate sexual assault claims against employer, because the claims did not fall within the scope of the arbitration agreement)

Summer 2018 – Admiralty Law Newsletter, American Association for Justice, Supplemental Rule B; the Power to Attach a Foreign Defendant’s Property in the United States

January 2016 – the Journal of Maritime Law and Commerce published Mr. Llinás’ law review on flags of convenience, and its impact on international shipping, pollution and seafarer working conditions. Founded in 1969, the Journal of Maritime Law and Commerce is an academic publication devoted to all aspects of admiralty and maritime law, including the law of the sea. The Journal has presented the work of more than 750 individuals and has been cited by courts and arbitrators over 420 times. The Supreme Court of the United States, for example, has cited the Journal in the most significant maritime decisions of the last 30 years

Fall 2004 – the University of Miami’s Confluence, a student-run academic journal, published Mr. Llinás’ examination of the human rights violations in the Darfur region of Sudan entitled, The Killing Fields of Africa 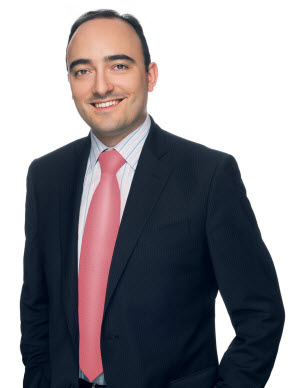