Nicole C. Andersen Davidson is a Bay Area native and a partner in the San Francisco office of Nelson & Fraenkel. As a private pilot, Nicole has an avid interest in aviation law. She handles a variety of cases involving aviation, products liability, wrongful death and personal injury. She manages all aspects of client representation from initial case evaluation to mediations and trial. She engages with clients extensively, to ensure that their best interests are conveyed throughout the entire process.

Nicole is actively involved in local, state and national bar associations, including the American Association for Justice (AAJ), the International Air and Transportation Safety Bar Association (IATSB) and the Lawyer Pilots Bar Association. She is the current chair of the AAJ Aviation Section. Nicole also volunteers her time and skills to community service projects through legal associations including the Injury Board.

While attending Pepperdine University School of Law, Nicole acted as an editor for the Los Angeles Public Interest Law Journal. She also took full advantage of the University’s London Law Program—where she competed with British law students at the Royal Courts of Justice through the international Moot Court Program. She would also go on to become the student liaison for the London Program. In 2007, after receiving her B.A. in Psychology and Communication from the University of California, Santa Barbara, she was named a junior fellow of the American Academy of Political and Social Science for her empirical study on civil liberties, race, and religion. The results of her study are published in the 2012 edition of the Journal of Arab & Muslim Media Research.

In 2011, Nicole received her J.D. and was admitted to the State Bar of California. She worked for five years as an associate at the firm of Kreindler & Kreindler LLP on a vast array of aviation and maritime cases—as well as other product liability and wrongful death actions. She has represented dozens of clients from pilots and passengers to families of those killed in aviation disasters, across broad disciplines both nationally and internationally.

Nicole zealously fought to obtain justice for the families of those killed in the tragic 2009 crash of a Pilatus PC-12 aircraft in Butte, Montana, the 2010 crash of an EC135 helicopter near Phoenix, AZ and the 2016 mid-air collision involving a Cessna 172 and Sabreliner jet in San Diego, CA, among many others. She has worked on notable litigation representing larger groups of clients such as victims of the 2013 Asiana Airlines Flight 214 crash in San Francisco and NFL players who suffer from Chronic Traumatic Encephalopathy (CTE) in the multidistrict litigation against the National Football League. Nicole has also assisted clients on petitioning the National Transportation and Safety Board (NTSB) for reconsideration of its probable cause findings in certain cases where new evidence was later discovered. Nicole also regularly handles cases arising out of international flights which are governed by the Montreal Convention.

In her spare time, you can find Nicole at home in Alameda, SUP-ing in the San Francisco Bay or trying to keep up with her toddler at all hours. 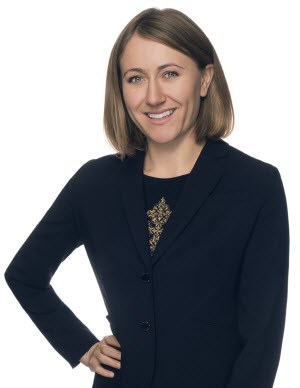